Homes built up to the mid-1960's generally used cast iron drain lines. Cast Iron rusts from the inside out and generally lasts from 50 to 70 years before needing to be replaced. However, any home over 35 years of age is at increased risk of a failure at some point in the drain system due to aging. When drain lines are visible in a crawl space, the first sign that the pipe is at or near the end of its life will be a build up of rust and waterborne chemicals that has deposited on the outside of the pipe at spots where the pipe has rusted through. Some moisture has come through each of these spots in the past even if they are dry at the time of inspection and it is only a mater of time before a larger leak develops. Consequently, it is the opinion of many professionals in the field that any sections of pipe that have rusted through need to be replaced, even if they are not actively leaking.

An additional problem with cast iron is that as it rusts, the build up of rust continually shrinks the flow line inside the pipe. This happens even before the pipe rusts through to the outside. Consequently, older cast iron pipe is more prone to clogging and slow draining. Mechanically cleaning these lines with a snake will help the flow but as the pipe weakens with age the snake can crack through the outside wall of the pipe.

When only a couple of pipe sections have rusted through it may be prudent to replace the sections. When several sections, or a majority of the pipe, have rust areas and other problems, it is time to consider a replacement of the entire system. This is often the most cost effective approach in the long run, and can provide a lifetime of trouble free service. (The vent partition of the system generally last much longer and will not need to be replaced.) Keep in mind that there is no absolute standard to when the system needs to be replaced and I can not personally arbitrate disputes for you. I strongly recommend that you consult a plumbing contractor you feel comfortable with at this time to help you make this decision. Furthermore, the plumbing contractor should give you a price to replace the entire system so that you will know what that cost will be when the time comes even if that is not needed at this time.

You must also keep in mind that any sections of the sewer line below the soil level and not visible to inspection undergo the same process of deterioration and, in addition, they can rust on the outside from moisture in the soil. Usually the first sign of a problem on a line that is buried is when the drain line clogs and needs to be snaked out. You should ask the seller about any past problems and the fact that the line has needed mechanical cleaning is an indication of a potential problem. When a drain line in the soil starts to leak, it will attract tree roots that will enter even the smallest hole. When this happens it is only a mater of time until the line is clogged by roots. Mechanical cleaning can solve this problem temporarily but the roots will grow back rather quickly.

I have no way of inspecting or evaluating any sections of drain line except those that are visible from a crawl space. The main line running in the yard is generally more expensive to replace than all of the accessible portions within a crawl space combined and this section very often remains cast iron even when the visible sections in a crawl space have been replaced. Furthermore, any homes that have cast iron drain lines and were built on slab construction can be very difficult to repair or replace because this will require cutting into the concrete slab to install the new drain lines and then replacing flooring as well as any cabinets and fixtures that are in the way.

I recommend that you have any remaining cast iron that is not visible in the crawl space inspected with a video camera so that you will have a better idea of its condition before you purchase the property. There are many plumbing companies that have the equipment to do this, however, I recommend Bill Hesketh of San Diego Pipe Inspection, (619-466-7374) because this is all he does. This is not a sideline for a plumbing business and since he does not do any repairs, he should be more objective. He is very experienced and charges about $150.00 to $200.00, which is less than most prices I hear. He will provide you with a video record of the main drain line. This inspection can give you piece of mind if the sewer line is currently in good condition but it can also identify problems potentially costing thousands to tens of thousands of dollars.

The City of San Diego takes responsibility for the portion of line in the city right-of-way when the line runs under a city maintained street. However, most other areas of San Diego County make the individual homeowner responsible for the lateral all the way to the main line in the street and it generally costs an extra $4,000 or more to replace the portion in the municipality’s right-of-way.

Steve John started All Pro Home Inspections in 1994 after a 20 year carrier as a General Contractor. Steve has been a leader in the California Real Estate Inspection Association rising to Chairman of the Board in 2014 and has been a featured educational speaker at state conferences and the local chapter for many years.

You deserve a leader in the industry for your home inspection.

Latest from the Blog 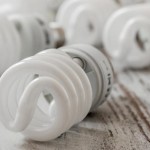 Drastic reductions in energy costs can be achieved through very simple changes, most of which homeowners can do themselves.